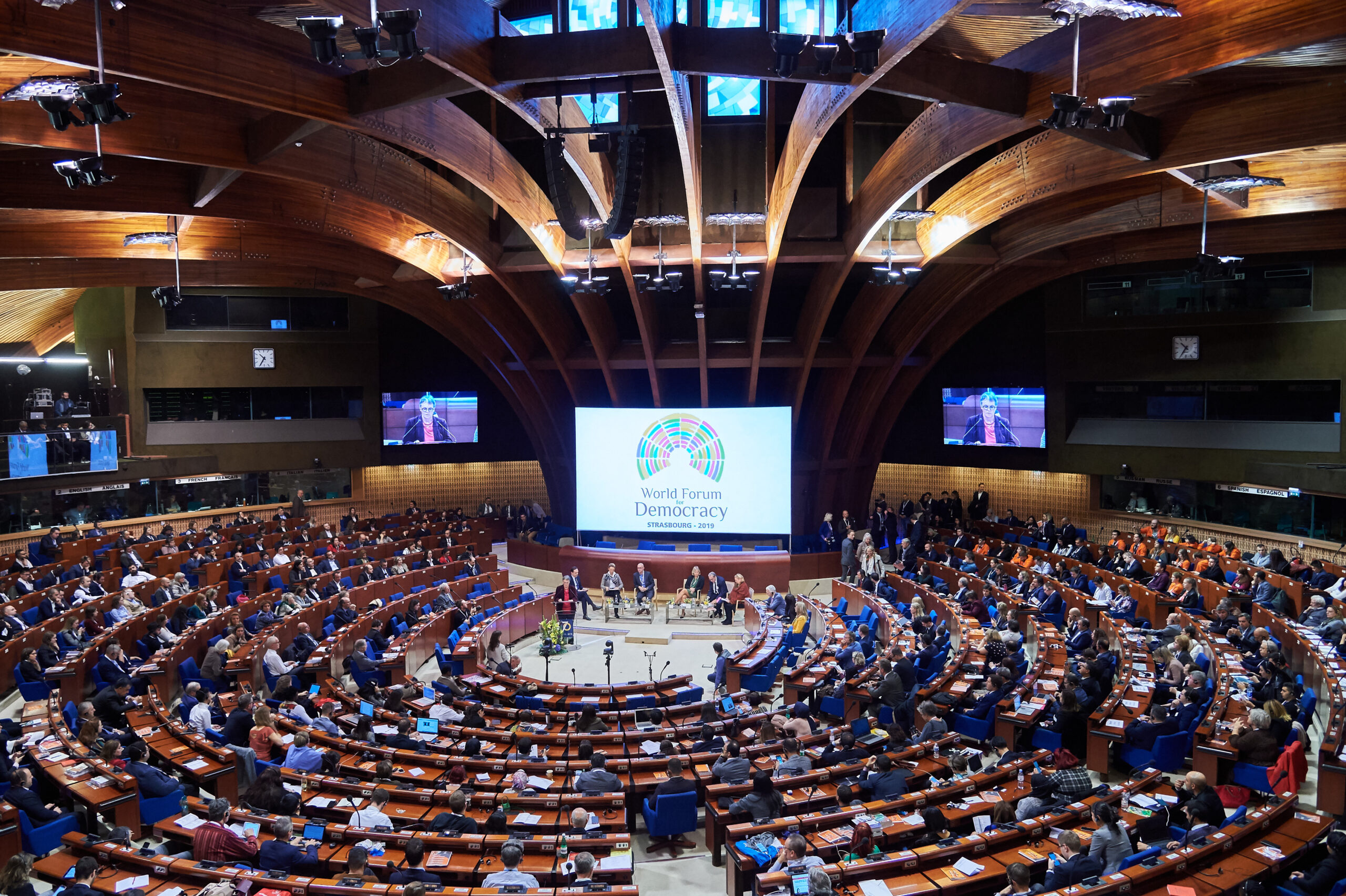 On November 6 – 8, the Co-Inform team attended the World Forum for Democracy in Strasbourg. This year the Forum was dedicated to information and democracy.

On the second day of the Forum, November 7th, Dr. Eleni Kyza from the Cyprus University of Technology and Adrià Rodríguez-Pérez from SCYTL have presented the project at LAB 4, titled ‘Building resilience to disinformation’ and sponsored by the Education Department of the Council of Europe. The panel was moderated by Corina CĂLUGĂRU, Ambassador of the Republic of Moldova, and featured some experts in the field such as Thomas Schneider, Vice-Director of the Swiss Federal Office of Communications, and Chair of the CDMSI.

Listen to the podcast here 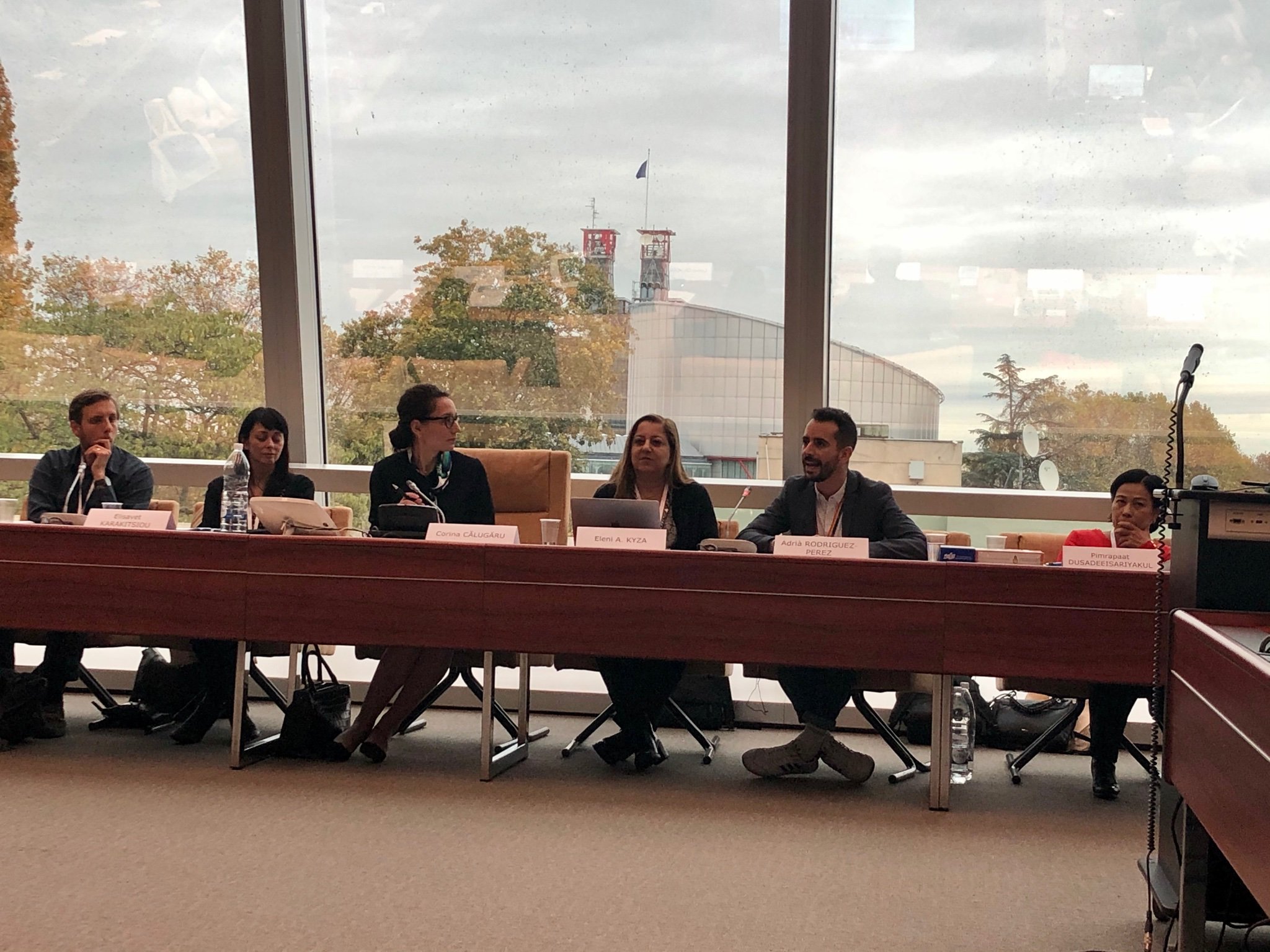 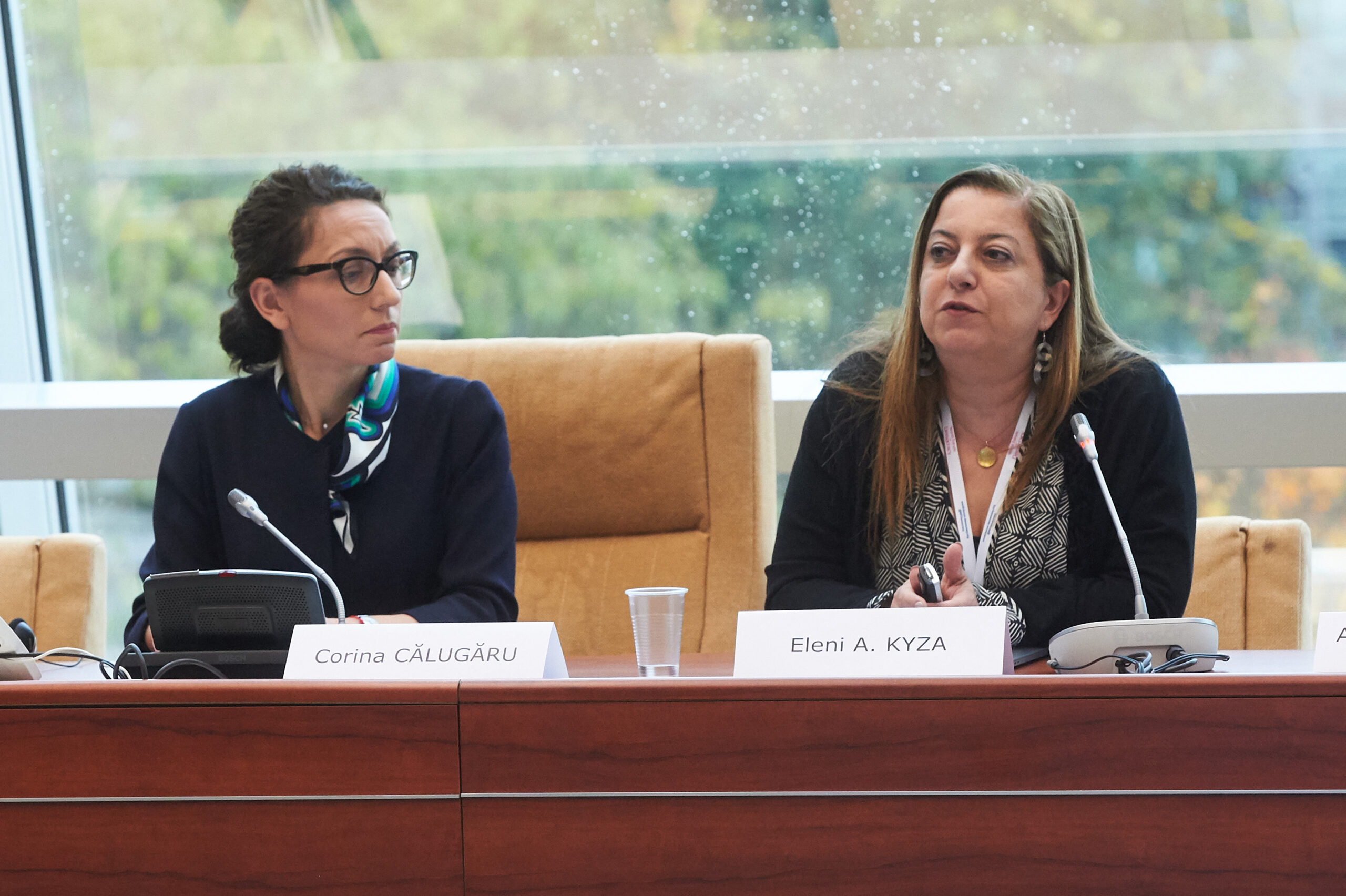 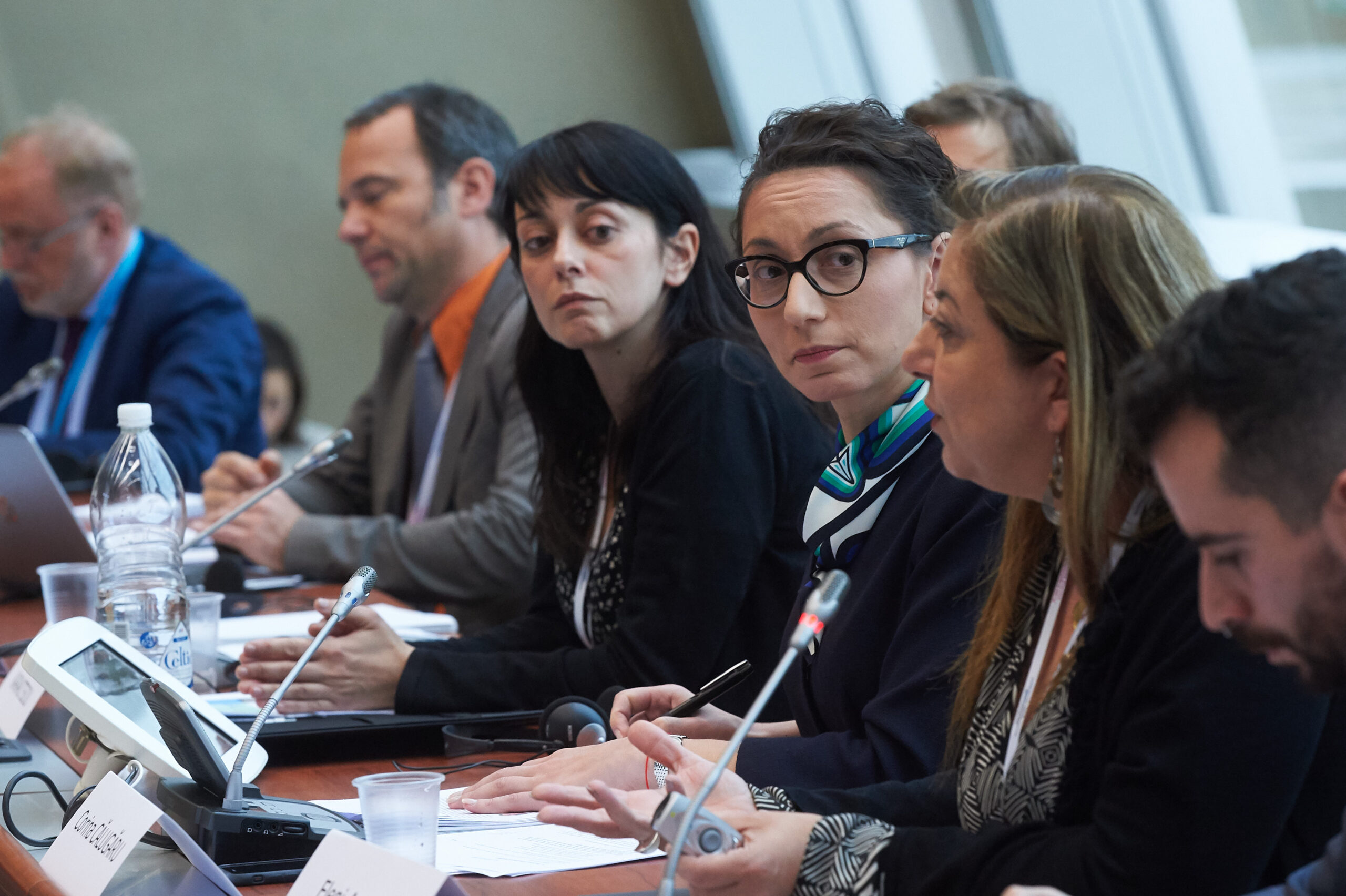 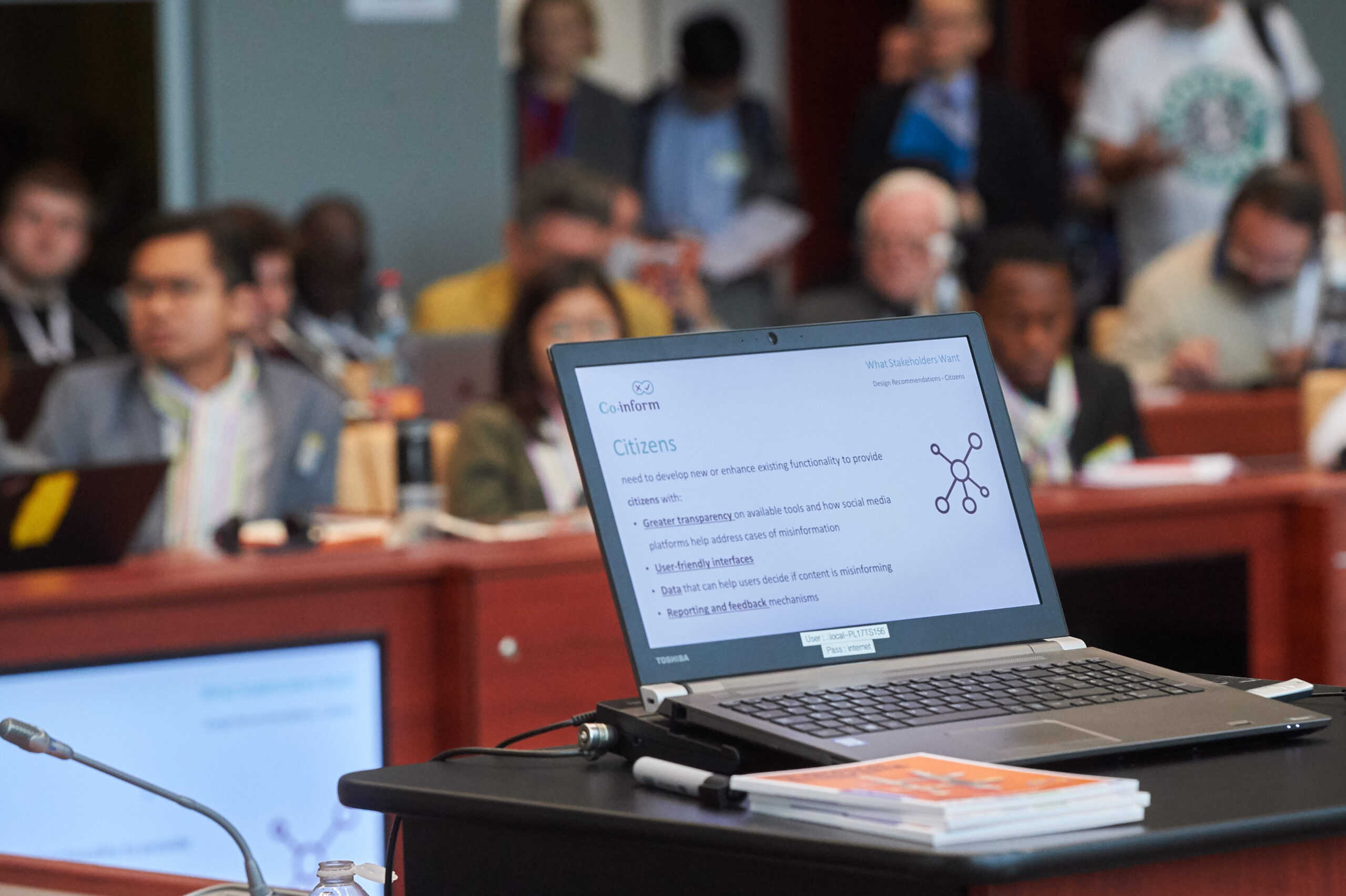 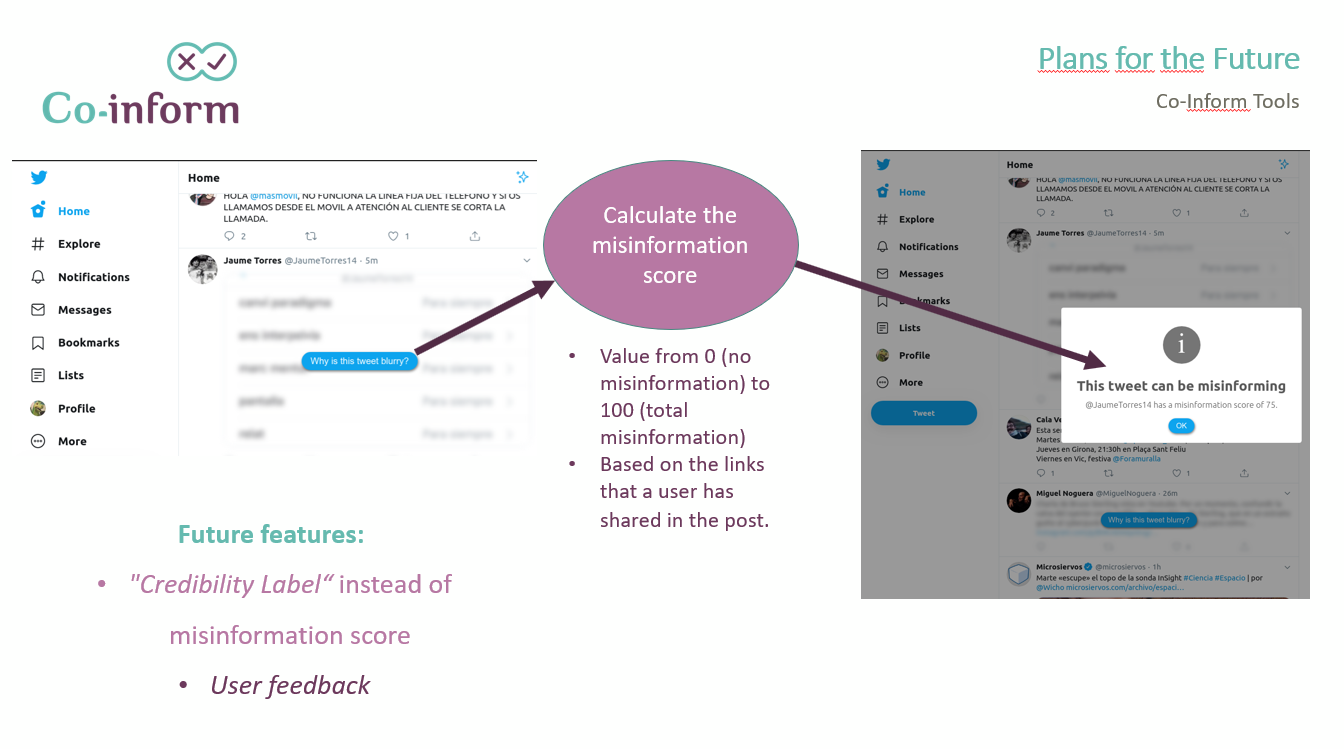 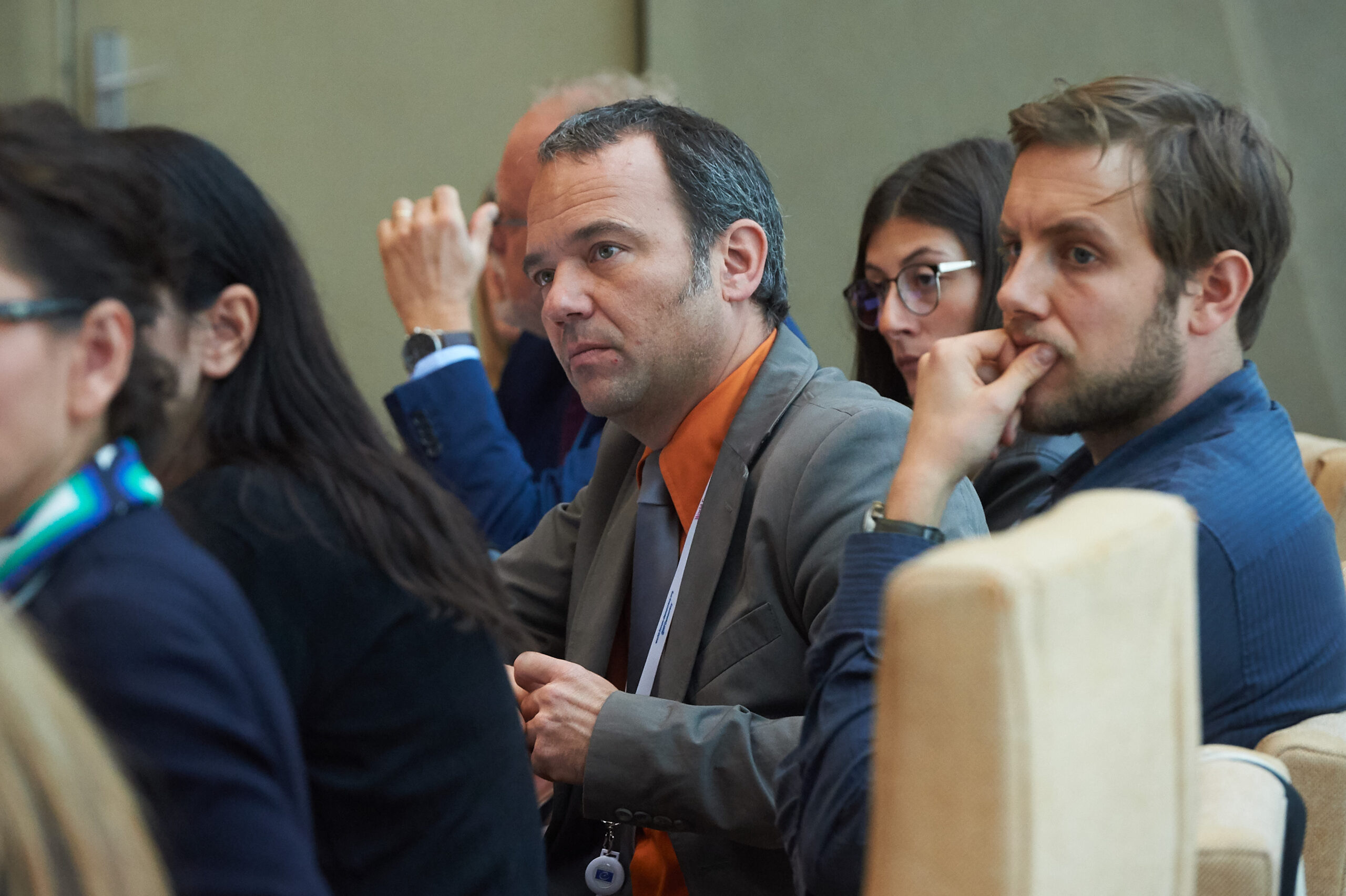 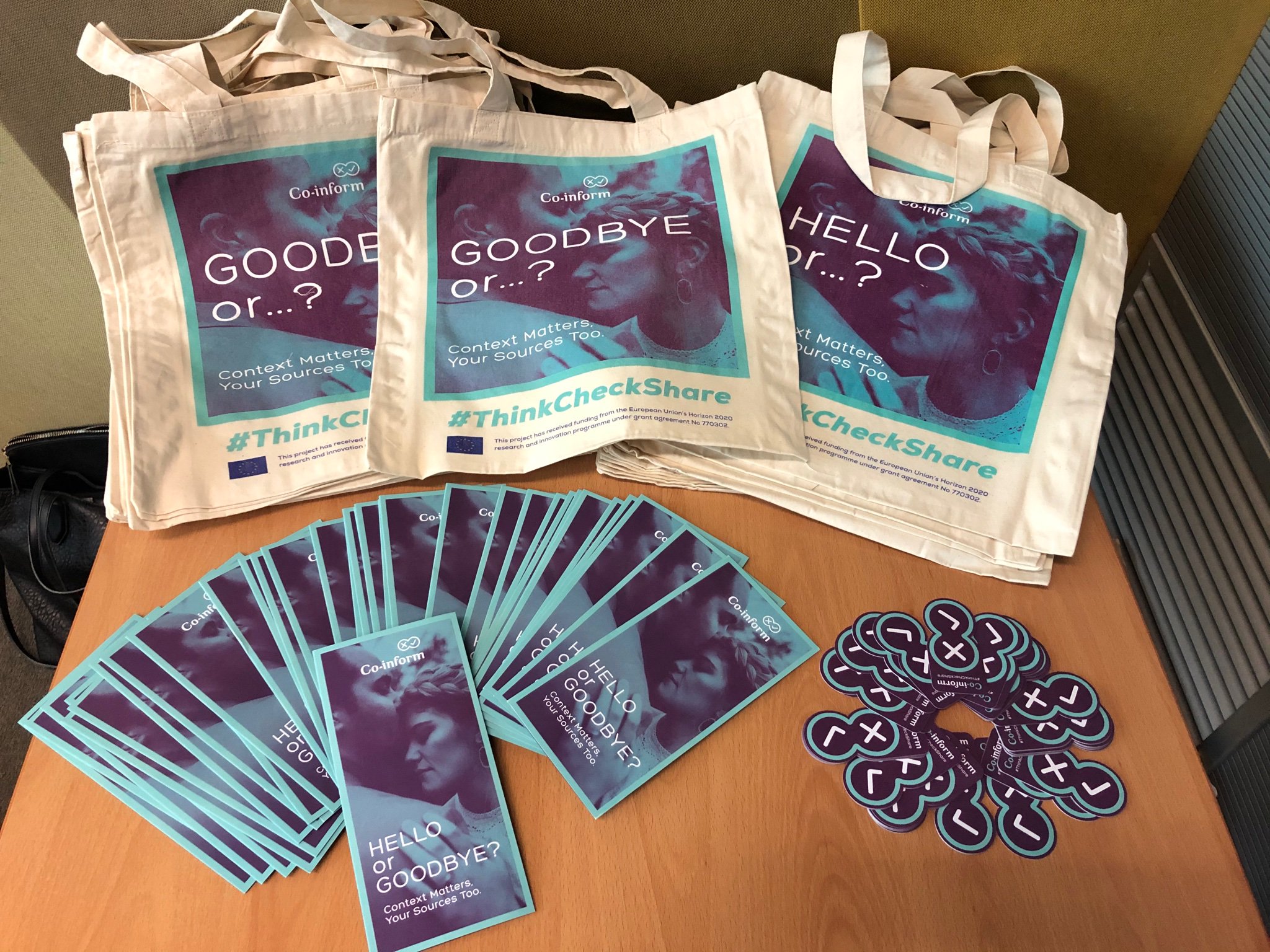 On November 11-13, the project team attended the Paris Peace Forum. This event aims to place global governance at the top of the international agenda. For its second edition, the Call for Projects received more than 700 project submissions from 115 countries. The Co-inform project  was selected to be showcased in the New Technology category.

Harith Alani from the Open University presented the project on November 12th and gave some examples of how misinformation can have a real impact on society. 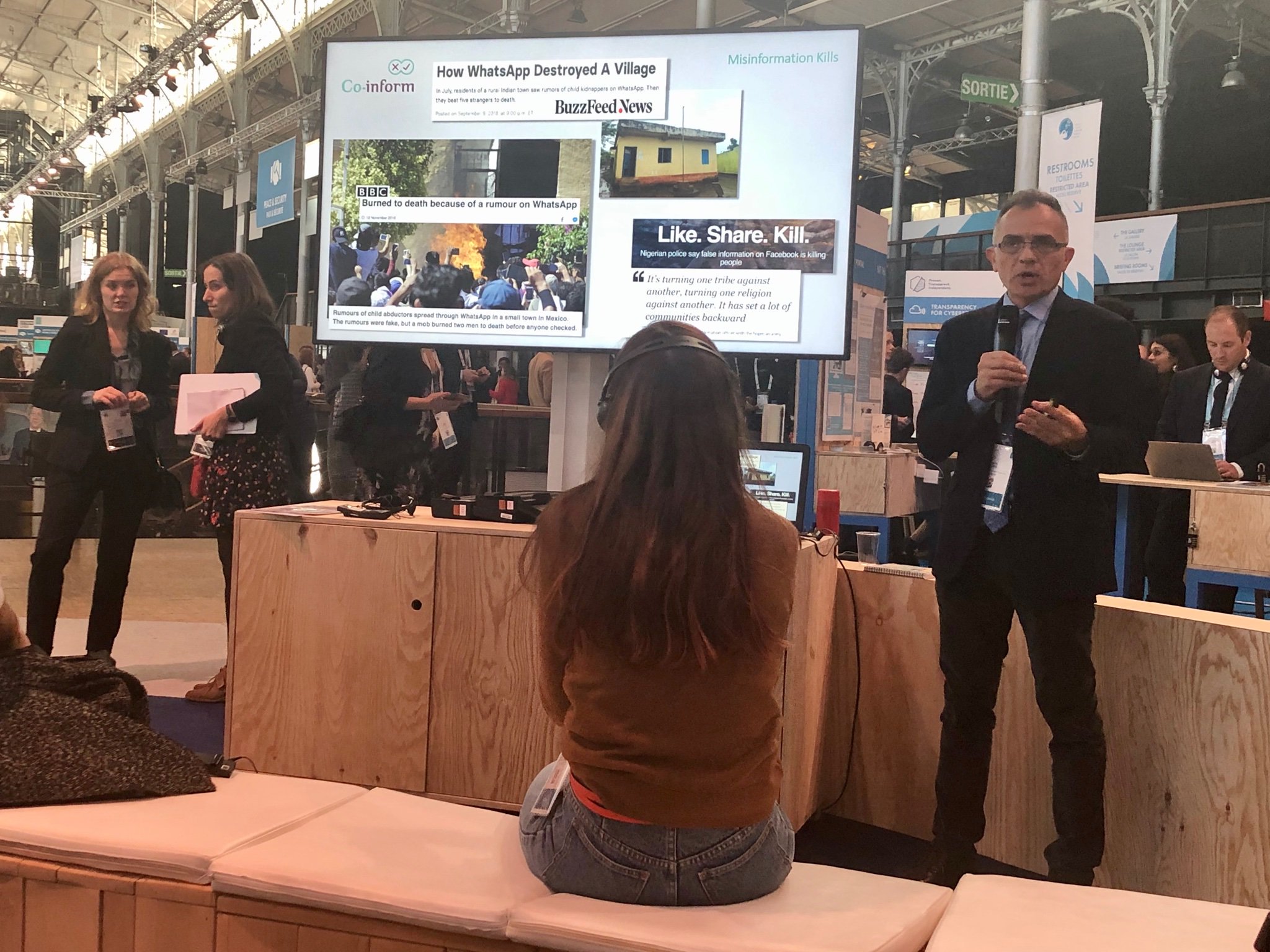 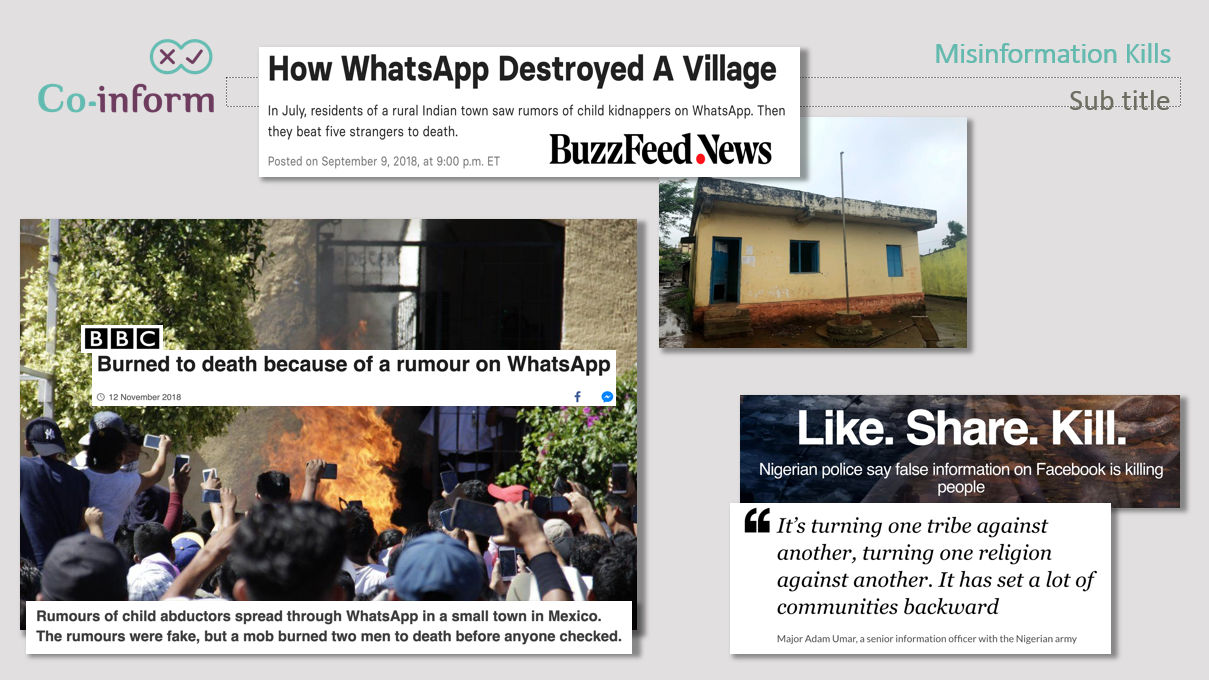 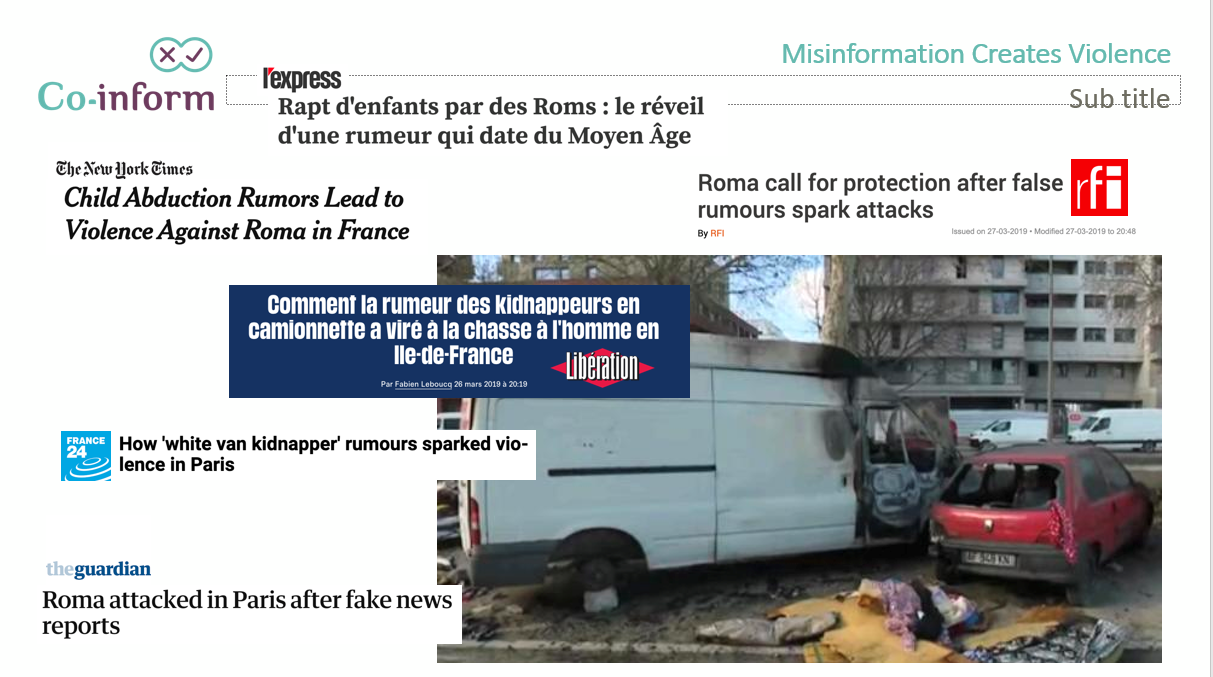 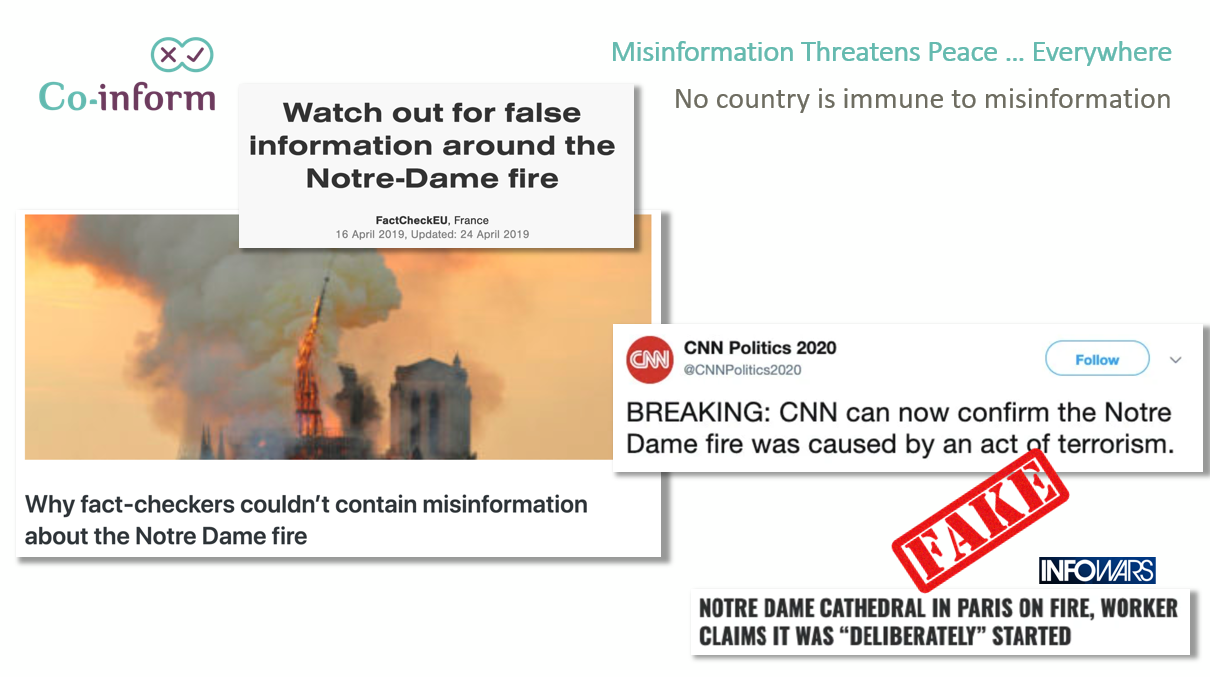 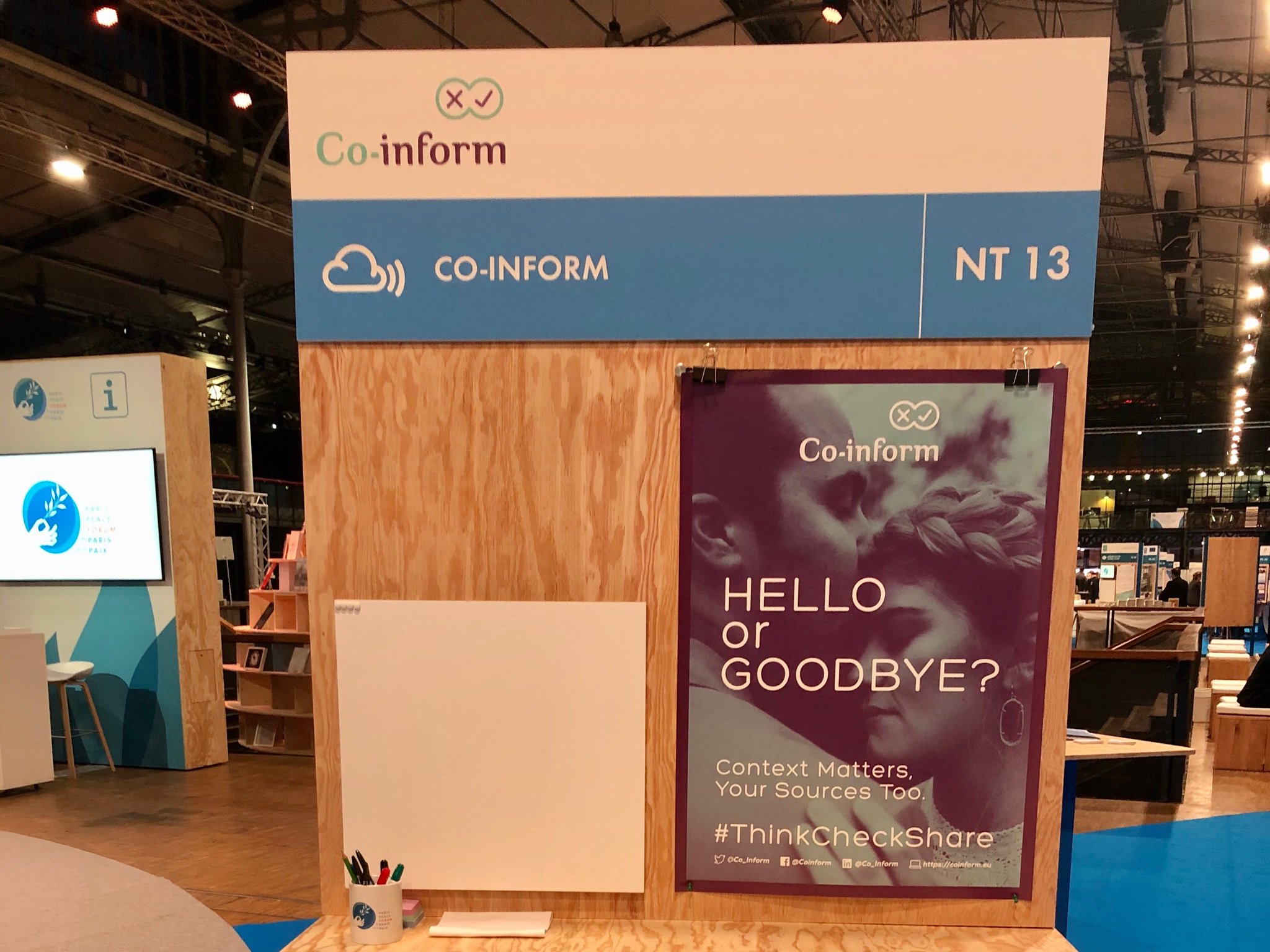 Throughout the event, Co-Inform stand was visited by the President of Latvia, Mr. Egils Levits and the Prime Minister of Malta, Mr. Joseph Muscat. Mr. Henri Verdier, the French Ambassador for Digital Affairs, also expressed great interest in the project and visited the stand with a delegation of ambassadors for digital affairs from 10 different EU countries. Furthermore, the project team received representatives from high-level international organisations, such as the EU Commission, and the Organisation for Economic Co-operation and Development (OECD). 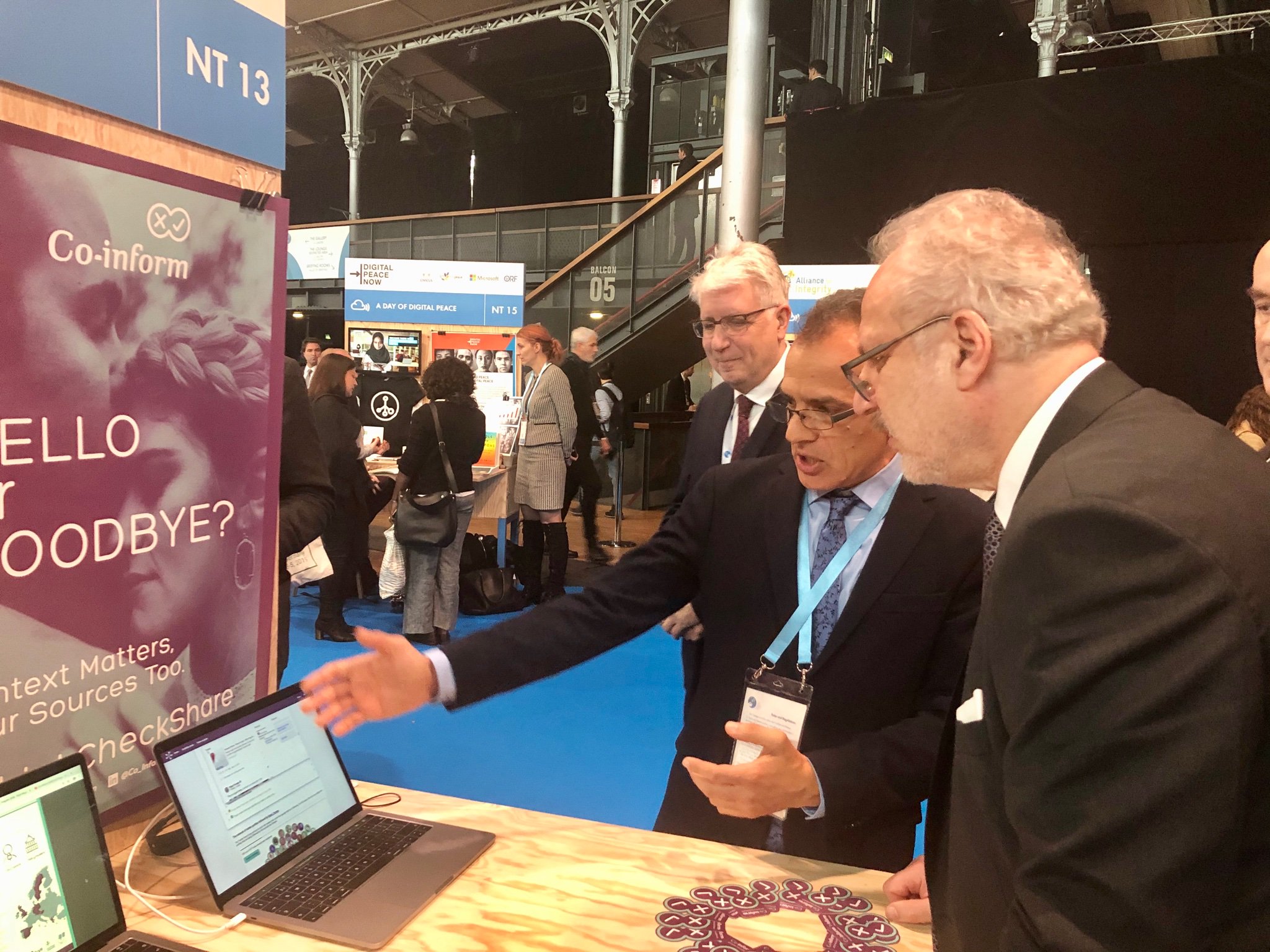 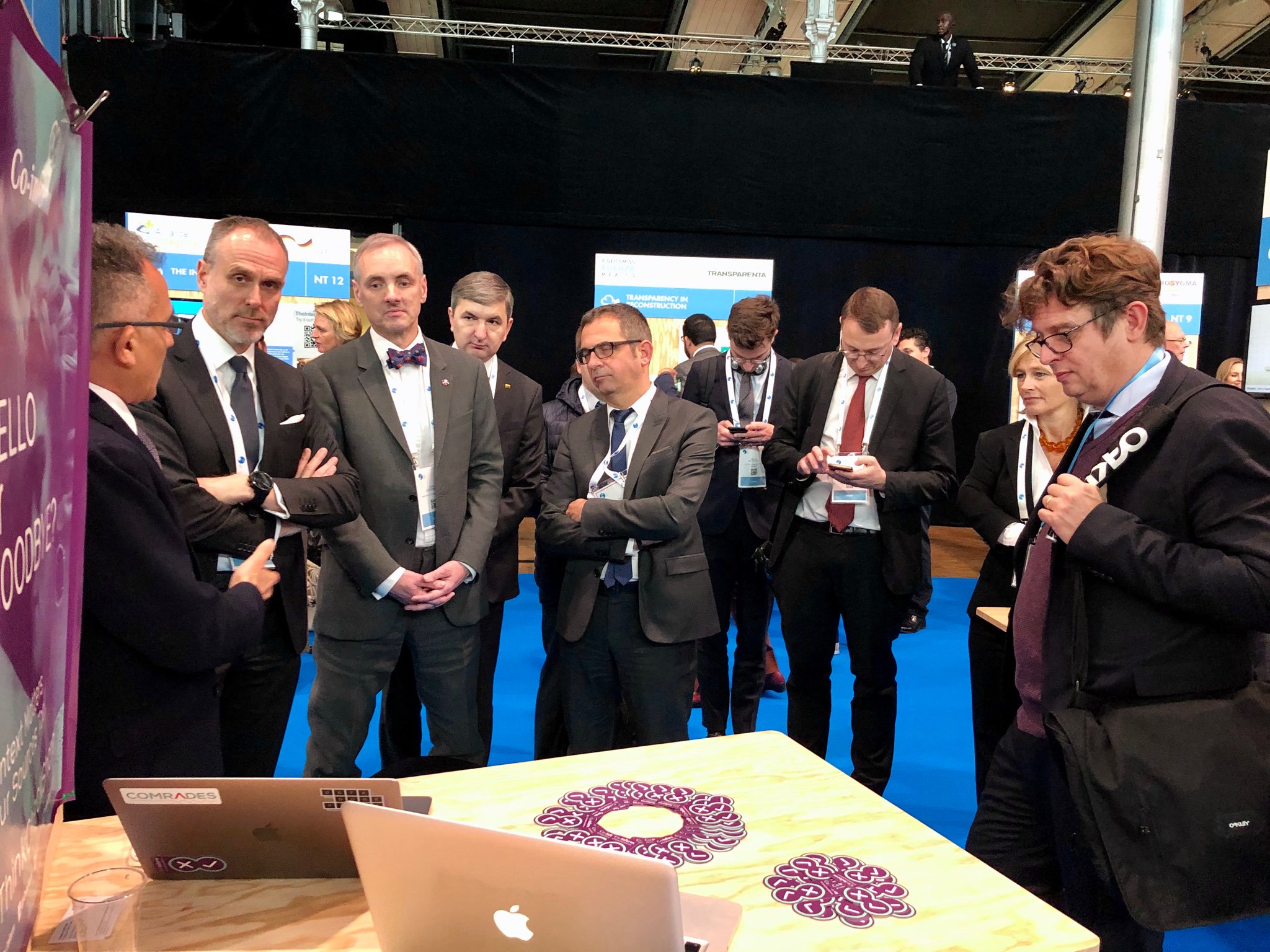 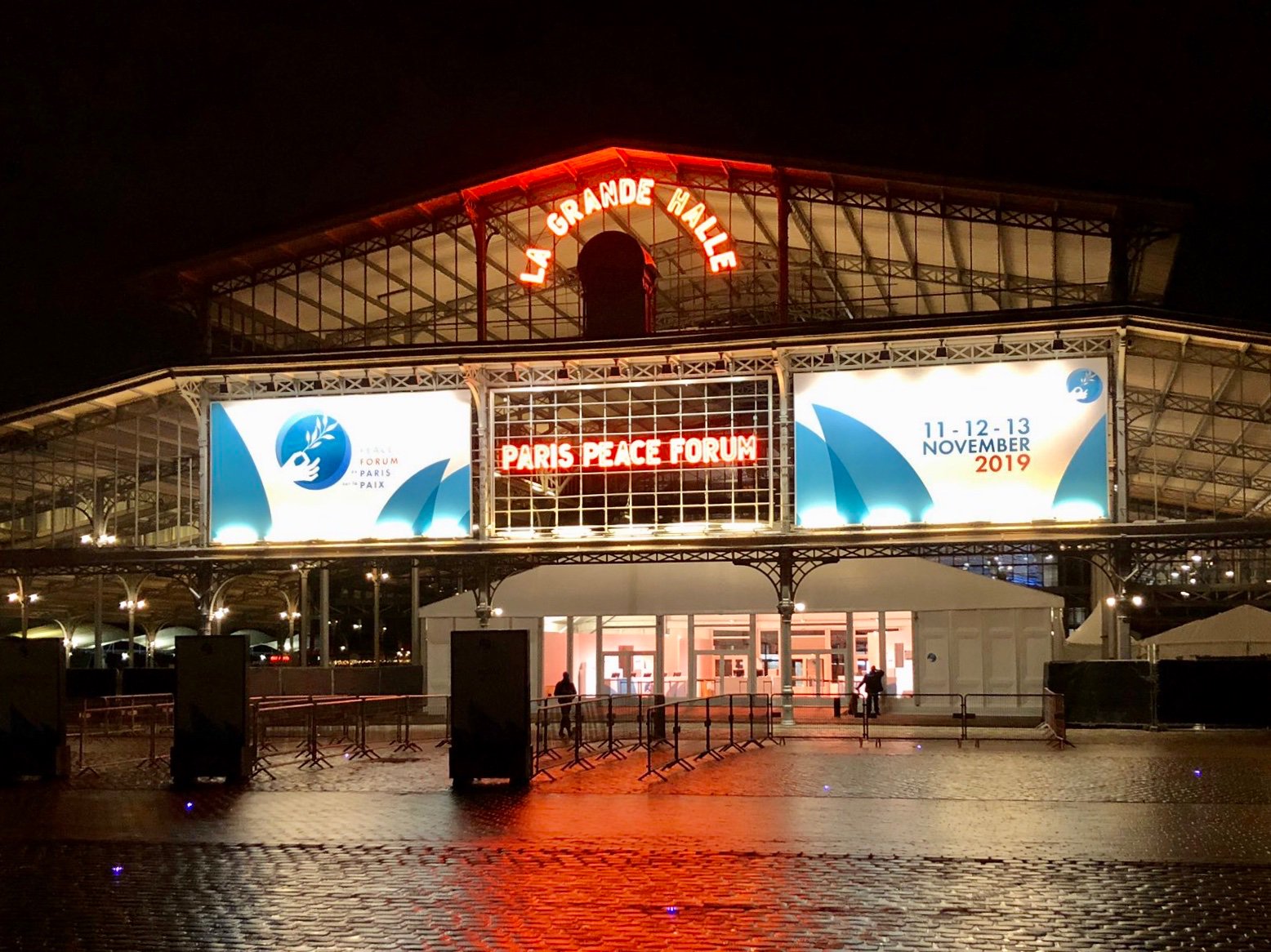 As the #ParisPeaceForum2019 adventure comes to an end we’d like to thank the 7000 participants, from 140 countries,114 projects & 33 Heads of State for believing in our vision of a better global governance. See you next year for #ParisPeaceForum2020! https://t.co/hlqLx3YXHs